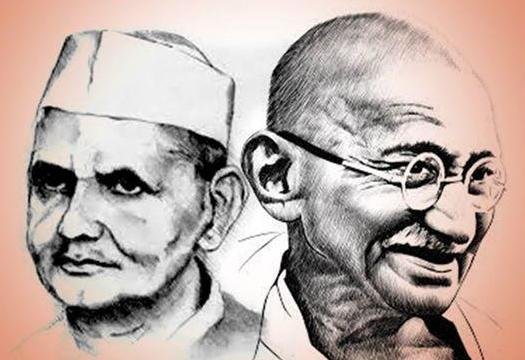 Achieving a good health is not merely a goal in itself but is also vital for improved outcomes in all the spheres of life. The Father of Nation, Mahatma Gandhi had himself believed “It is health that is real wealth and not pieces of gold and silver”. But, to our surprise “Right to Health” has not been included in the fundamental rights of Indian Constitution so far. It has not achieved even a status of ‘Statutory Right’, unlike education. State governments finance about two-third of the total expenditure on health and remaining one-third by central government. To some relief, Government of India in the recent past has come up with some path-breaking schemes such as Ayushman Bharat and National Health Mission. India, also being a signatory of 2030 Agenda for Sustainable Development is on its toes to “Ensure healthy lives and promote well-being for all”.

India has achieved an immense success by eliminating diseases such as small pox, neonatal tetanus and polio, guineaworm, and effectively controlled some communicable diseases like leprosy, malaria, filariasis, kala azar etc. India is also determined to eliminate tuberculosis (TB) by the year 2025. But, the challenge to provide a healthy, disease-free life to the people living in farthest of the places or to the poorest of the poor, still remains.

The teachings of Lal Bahadur Shastri that “The preservation of freedom, is not the task of soldiers alone. The whole nation has to be strong” plays a vital meaning even in today’s world. If each and every citizen of the country vows to take care of himself and his surroundings, the world will become a better place to live in. “Everyone is his own scavanger” says Gandhi and it provides a well structured meaning in today’s context when the world is suffering from one of hardest hit pandemics of the century, i.e., COVID-19. The spread of coronavirus is through droplet infection, aerosol transmission and surface contact is popularly publicized but faeco-oral route is yet another method of its transmission. New England journal of Medicine has found that viral shedding in faeces continues throughout the disease, even after nasopharyngeal (or swab) tests has come out to be negative. It was Gandhi who, a century back had lighten the flame of providing good sanitation conditions to the masses. He had travelled across India for a finger on the pulse of the situation. According to him “Independence can wait for a while but Sanitation cannot” and embraced “Cleanliness as the biggest religion”. Following his path, on 2nd October, 2019, India had declared itself an open defecation free (ODF) on the verge of 150th birth anniversary of the Father of Nation. The Swacchagrahis as Gandhi’s Satyagrahis had worked day and night to make it a possible task.Since the time of Gandhi, India and all over the world over has been digging deep into the life of Sabarmati’s Saint to reboot the ways of living.

“RETURN TO GANDHI” is not just a sentence in itself but has meaning in the real sense. Father of the Nation always believed in the health and providing better sanitation facilities to the masses. Shastri ji always promoted cleanliness of the self and the surroundings. They all promoted good health for all the people because no other adage carries as much significance as “healthy people, healthy nation”.

We must always remember that health of any individual starts from his mouth as it is the mouth that is the gateway to your body. An unhealthy mouth offer great clues to an unhealthy body and vice versa as goes by the slogan “Clean mouth is a mirror to a healthy body”. Many of the critical physiologic functions like chewing, breathing or speech are performed by our oral cavity and has the potential to reflect the human body’s internal condition. As a gateway to the human body, the mouth is constantly being invaded by various bacteria, fungi, parasites, viruses and others. Poor oral health – tooth pain, joint pain, xerostomia (dry mouth), burning mouth, missing tooth, can affect the quality of life. Poor oral health can even lead to major illness including cardiovascular diseases, diabetes, lung and kidney diseases, stomach ulcers and even oral cancers. Bad mouth with poor oral hygiene can have serious ill effects among women during pregnancy and on their newborns. To learn more about the connecting link between general health and your mouth, do visit http://www.oraheal.in/mouth-the-mirror-of-the-body/

Oral Health speaks a volume about the health of the person. One should always keep in mind the downstream effects of the healthy mouth and should remain aware of the changes seen in the oral cavity. The ongoing pandemic also proves the fact that a healthy mouth can help in prevention of certain infections going inside the body. The presence of coronavirus in the saliva of the patients has been proved by various studies. Loss of taste sensation, certain pattern of white plaque in the mouth has been seen in the patients suffering from novel coronavirus disease.

In the initial years, health sector had a focus on “More money for health and more health for money” but in the recent past, it has changed to “More health for money”. People are understanding and focussing on the fact that health is an asset of human life which has to be taken care in all the ways possible. Gandhi’s “My life is my message” offers a window to a goldmine of what to pursue for the sake of a better society, better country and better humanity. 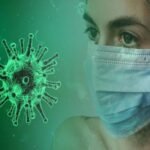 DOES USING FACEMASKS CAUSE DENTAL PROBLEMS? 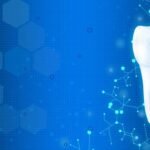