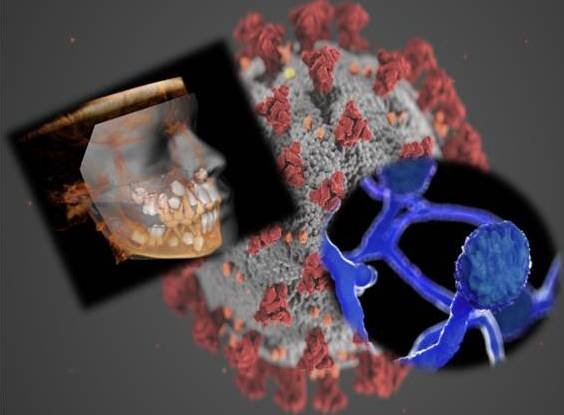 World health Organization (WHO) had declared COVID 19 as pandemic in March 2020 after the disease had hydra headedly spread to most parts of the world including Japan, Korea, Iran, European countries, USA, India and others. Since then the entire international community is at the verge of seeing the unseen, experiencing the worst. The world has acquainted with one of the worst nightmares of its kind and is still suffering. The health hazards that coronavirus is causing to the people are many. Moreover, even after recovering the patients are having some rare symptoms as a complication of the disease, being the worst part. One of such complications of COVID 19 infection which India is facing presently is one of the rare, fulminating and deep fungal infection, i.e., MUCORMYCOSIS.

The advancements in technology and practice of modern medical science is a boon for the entire society but every coin has two sides. On one hand, where modern allopathy is proving to be a life savior for many, on the other hand it is also paving a way for the opportunistic infections to grow in the human body. In the recent past, the frequency of opportunistic fungal infections has increased dramatically.

The widespread use of immunosuppressive agents may be one of the reason behind their growth. Fungal diseases have long affected plants, animals, and human hosts. As early as the fourth century BC, Hippocrates, the Father of Medicine, described fungal disease affecting humans. Since then, the approach to diagnosis and management of these diseases has become more systematic.

The most common fungal infection encountered is superficial candidal infection. Mouth and the areas surrounding it are commonly infected with such infection. Other deep seated fungal infections are rarely to be found in or near mouth. These include, Aspergillosis, Cryptococcosis, Histoplasmosis, Geotrichosis, Blastomycosis and Mucormycosis. These infections primarily affect sites other than the oral cavity (mouth) and may be an indicator of systemic disease. Typically these deep-seated fungal infections are most commonly noted in immunosuppressed individuals such as those with HIV, AIDS, or malignancies. Diagnosis of these entities is confirmed through biopsy.

Mucormycosis (Black fungus) is an acute (short term) opportunistic infection caused by a saprophytic fungus found in soil, bread mold, decaying vegetation, and animal manure. Mucoraceae (spores of fungus causing mucormycosis) can be cultured from the oral cavity, nasal passages, throat, and stools of healthy individuals. Normally, the spores (invisible to the naked eyes) of the fungus are present in the environment and infect only those people who, somehow inhales them. The infection develops in the patients with other co-morbidities like Diabetes Mellitus (increase levels of sugar in body), blood cancer, any organ transplantation, and patients with some other immunodeficiencies like after high-dose steroid usage, kidney disease etc. black fungus can also infect patients who have history of major trauma, any major surgery, or burns in the recent past.

An ulcer on the palate is usually the first clinical finding that leads to a diagnosis of mucormycosis and thus, here comes a paramount role of dental surgeons. A dentist with a specialized training in the field of oral medicine and diagnosis is able to differentiate between different types of ulcers or ulcerative growths in different areas of mouth and hence plays an important role in early diagnosis of black fungus which can fatal in its later stages. Other dental findings include foul smell from mouth, pus discharge from the gums or any other area s from the mouth, loosened teeth, unhealed tooth socket after extraction and mobile maxillary bone.

Also, patient may present with swelling and paresthesia of the face with some discoloration of the skin. Patient may experience a foul smelling blackish discharge from the nose along with features of sinusitis and nasal congestion. In more severe cases, patient experiences severe headache, fever, cough, chest pain, difficulty in breathing, stomach pain, signs of nausea and vomiting. He/she may even loss the visual sight along with proptosis of the eyes.

Before starting with the treatment of black fungus, the doctor has to take a proper medical history to identify any co-morbid condition. A record of drugs taken by the patient presently or in recent past and any dental history in relation to tooth removal plays a very crucial role in diagnosing a case of mucormycosis. Blood investigations including complete blood count, fasting blood sugar is important to diagnose a case and start with the drugs related to the disease. Also tests for hepatitis, HIV and identifying liver and kidney function are a key in identification of a case of mucormycosis.

A panoramic radiograph and paranasal sinus view are the 2-dimensional x-ray views that will give a gist of any infection. A 3-dimensional CT scan and more precisely a CBCT (cone beam computed tomography) view will a better picture of the extent of areas involve by mucormyctes in volume base size. Biopsy of the underlying necrotic area inside the mouth will help to identify the growth of fungus in that area. Nasal endoscopy will prove helpful in case there in blackish discharge from the nose. The disease typically extends into adjacent structures causing extensive tissue necrosis and may extend into the brain.

The treatment protocol for mucormycosis includes injectable antifungals like amphotericin B and azole derivatives of antifungal drugs. Also, treatment of any underlying co-morbidity has to be carried out hand in hand. The more severe or aggressive form of mucormycosis condition require surgical removal of the involved bone.

Some of the studies in the recent past have shown that black fungus can also develop in patients with well-controlled diabetes mellitus with no other underlying immunosuppressive risk factors. These patients apparently have a higher rate of survival than other immunosuppressed patients. Early diagnosis and improved treatment has led to decreased morbidity and mortality.

The mucormycosis case has to be managed jointly by a team of otolaryngologist, nephrologist, gastroenterologist, neurologist and a dentist (especially trained in oral medicine & maxillofacial radiology and oral & maxillofacial surgery).

In the present COVID situations, the patients are showing a new trend of developing black fungus after their recovery from the infection which happens to be fatal in most of the cases, so we as dentists (oral medicine specialists) should come forward and provide our services in early diagnosis of the case so as to prevent the more fatal infection. 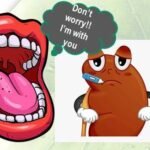 CAN YOUR KIDNEY DISEASE AFFECT YOUR MOUTH? 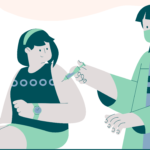 COVID 19 vaccine: see what your DENTIST wants to tell you