The unexplained burning sensation, experienced commonly by the women is the Burning Mouth Syndrome (BMS). According to International Association for the study of Pain and International Headache Society, burning mouth syndrome is defined as “distinctive nosological entity, including all forms of burning sensation in the mouth with stinging sensation or pain, in association with an oral mucosa that appears clinically normal in the absence of local or systemic diseases or alterations.” It is usually described as a steady, continuous though variable, typical superficial somatic pain. Various of the terminologies like orofacial pain, stomatodynia, glossodynia, neuropathic pain, glossopyrosis and scalded mouth syndrome are used to describe the characteristic burning sensation experienced by the patient.

BMS can be classified as:

The secondary BMS has multifactorial aetiology, some may be often found contradictory. Some systemic and local causes of burning mouth sensation in the oral cavity include manifold.

Elevated levels of erythrocyte sedimentation rate (ESR) and salivary IgA seen in the patients suffering from burning mouth is suggestive of immunological or allergic phenomenon. Though anxiety and depression can only be considered as the aggravating factor for the BMS rather than the aetiology as the symptoms wave off after their remission. Type 3 BMS is mainly caused by allergens or irritants including dental materials like mercury methyl methacrylate, cobalt chloride, zinc and benzoyl peroxide, lotions or ointments such as petrolatum cadmium sulphate, octyl gallate, benzoic acid and propylene glycol etc. In addition to this, many of the food products like peanuts, chestnuts, cinnamon, nicotinic acid, sorbic acid and others are the well known allergens. The salivary cortisol levels are found to be higher in the patients with burning mouth syndrome.

Angiotensin converting enzyme (ACE) inhibitors and angiotensin receptor blockers (ARBs) are the drugs that are being found associated with the symptoms related to BMS. It has been observed that kallikrein, an active molecule of kinin pathway, has increased levels in the saliva of BMS patients. This leads to inflammation with exaggerated signs. Also, drugs like antiretrovirals, nevirapine and efavirenz found associated with BMS, though the exact mechanism is unknown.

Microbes like Candida, Enterobacter, Fusospirochetes, Helicobacter pylori, Klebsiella are found numerously in the patients with burning mouth syndrome, without any viable mucosal changes. Hormonal changes especially the reduced levels of estrogen leads to atrophic changes in the oral mucosa resulting in altered stimulation of the nerve endings within the epithelium. On the other hand, atrophied mucosa is more prone to inflammation. Hormonal alterations in menopause, both surgical and physiological, is associated with high prevalence of burning mouth syndrome. Thyroid hypofunction causing hypoguesia is responsible for bitter taste and release of the trigeminal sensory inhibitors. An abnormal reciprocation between the sensory function of chorda tympani and the lingual nerve either in the peripheral or central nervous system usually results in burning mouth syndrome.

Though BMS has been originally described as psychogenic illness, it is now considered as a neuropathy where both central and peripheral systems can be affected. Here, genetic and environmental factors play a significant role in the development of pain experienced by the patient. Central neuropathy in depressed or anxious patients or who do not respond to regional nerve block by local anaesthetics is the dominant cause of pain in the burning mouth syndrome cases.

TRPV1 are found in the nociceptive terminals of the peripheral Aδ and C fibres and centrally located dorsal root and trigeminal ganglia. These fibres are found to respond to the chemical irritants like capsaicin, an ingredient of chilli pepper. A sub-population of smaller diameter primary nociceptors in the trigeminal nervous system expresses P2X3 ion channel receptors and evokes severe burning pain when activated by adenosine triphosphate (ATP).

According to some of the studies done so far, BMS may also be caused by downregulation of central dopaminergic pain inhibitory pathways. The neuropathic pain of BMS is possibly caused by inhibition of the glutamate/NMDA-mediated central sensitization. This arises due to decreased functional activity of the GABA-mediated pain inhibitory interneuron circuits in the dorsal horn of spinal cord. An increase in the tonic activity of central nociceptive neurons is characterized by structural and functional neural plasticity, a main event in the pathogenesis of burning mouth syndrome. Also, neuropathic pain disorders like trigeminal neuralgia, fibromyalgia, atypical facial pain, temporomandibular dysfunction might be included in the distinctive neural pathogenic mechanism of BMS.

Burning mouth syndrome is more commonly found in females during peri- or post menopausal period. The most striking feature is the presence of a hygienic mouth with no sign of any pathosis. The location of pain depends on abrasive effect of the tissues being rubbed against each other and the teeth. The abrasive tissue space is associated with the hyperaemia, inflammation and ulcerations. The secondary infection of the irritated tissues further complicate the symptoms. The alternate exacerbation and regression of the presenting symptoms is because of the inhibitory effect of pain on functional movements. Nutritional deficiency arises due to severe pain at the time of mastication.

Xerostomia is an important aetiological factor in burning mouth cases especially in the elderly. Denture wearing accompanied with dry mouth causes more amount of tissue abrasion and hence, burning sensation. It is found commonly in females with glossitis as the mucosal lesion of significance. According to Quinn, tongue thrusting is commonly present in patients with glossodynia and glossopyrosis.

Apart from this, geographic and fissured tongue along with painful temporomandibular joint with loss of comfortable jaw position is seen in patients with BMS. Difficulty in speaking, nausea, gag reflex, dysphagia are also some of the symptoms found commonly in burning mouth syndrome patients.

It should always be remembered that the pain felt in the cutaneous or mucogingival tissues may be heterotopic. This can be described by the failure of an effective topical anesthetic to arrest the symptoms of pain. Some of the diseases that may mimic BMS include:

Some of the characteristic features should be considered while diagnosing BMS. These include:

Also, some of the investigations are found useful when BMS is suspected. These include:

The initial challenge in the treatment of burning mouth syndrome is to identify the causative agent. The patients should be made aware of the complex nature of the disorder and only the symptomatic treatment of the underlying causes. The treatment of BMS is usually empirical in the absence of well understood aetiopathogenesis.

Acupuncture and low level laser therapy is also found useful in the treatment of BMS.

The treatment line of secondary BMS is usually symptomatic depending on the aetiological factor. Also, patients with BMS are advised to drink plenty of water and chew the sugarless gums.

Other products that should be reduced for the symptoms of burning sensation to get worsen include:

In the absence of any universally accepted diagnostic criteria, laboratory tests, imaging or other studies, correct diagnosis is of paramount importance which lays the foundation for the successful management of burning mouth syndrome. 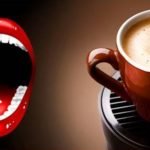 DIABETES AND ITS ORAL CONSIDERATIONS