I’m not ill; just that

My pancreas has gone lazy

The pancreas secrete about 40-50 units of insulin daily, mainly in two steps:

Normal levels of insulin are required in order to maintain the sugar levels in the body and to avoid hypo- or hyperglycemia.

Among the endocrinal diseases, Diabetes Mellitus is the most common one. It is characterized by high levels of glucose resulting from the defects in insulin production, insulin action, or both.

Before proceeding further, we should first understand what is diabetes mellitus all about. Let us have a look into few of the definitions given particularly to explain the diabetic condition.

Based on the clinical symptoms and the glucose intolerance, the diabetes mellitus can be classified into various ways.

An abnormal rise in the blood glucose levels during early morning hours, usually between 2 a.m. and 8 a.m. in people with diabetes is called as “dawn effect” or “dawn phenomenon”. The signs and symptoms in the oral cavity of the patient with diabetes mellitus varies broadly into hard tissue findings and the soft tissue findings.

The hard tissues oral manifestations include:

On the other hand, the soft tissue defects in patients with diabetes mellitus includes:

The children with juvenile diabetes show an accelerated development of the teeth upto the age of about 10.5 years. The stimulation of the pituitary gland in the initial stages of diabetes is credited to the initial acceleration and then steady retardation in the developmental stages of tooth in the children presenting with diabetes.

Several studies have showed multiple predisposing factors for dental caries to occur in the tooth of patient suffering from diabetes mellitus. Increased glucose levels in saliva and GCF (gingival crevicular fluid), altered plaque microflora, reduced salivary flow, greater number of Streptococcus mutans and lactobacilli as well as poor metabolic control of diabetes are the predisposing factors to name a few. In the geriatric population suffering from diabetes, salivary yeast inclines the incidence of dental caries. The studies have suggested decreased incident rates of dental caries in well-controlled diabetics as compared to the healthy individuals. This is due to the dietary restrictions especially eliminating the dietary sucrose, adequate metabolic control, observance of meticulous oral hygiene procedures and regular dental follow up appointments.

Periodontitis is one of the “classic” features and is listed as “sixth” complication of diabetes mellitus. The first sign of the disease onset is the presence of distinct gingival hyperplasia. The impaired neutrophil adherence, chemotaxis and phagocytosis leading to compromised functional activity of polymorphonuclear leukocytes prevent the destruction of bacteria in the periodontal pocket. This leads to the enhanced periodontal destruction. The high levels of glucose in the gingival crevicular fluid (GCF) diminish the wound healing capacity of the fibroblasts in the periodontium by hindering their attachment. Also, tobacco use and smoking enhance risk of periodontal disease. It has been proposed that chronic gram-negative periodontal infections lead to greater insulin resistance and poor glycemic control.

The sustained diabetics have increased formation of Advanced Glycosylated End products (AGEs) in common. In addition to this, abnormal collagen metabolism, impaired proliferation of osteoblasts and weakened mechanical properties of newly formed bone have been documented in hyperglycemic patients. The AGE enhances the cross-linking of the collagen fibres and thus, make them resistant to normal enzyme degradation. This leads to accumulation of AGE in the walls of larger blood vessels resulting in the atherosclerotic changes. The atheroma is formed when AGE modified arterial collagen immobilizes circulating low-density lipoprotein. The normal homeostatic transport across the microvascular membrane is hurdled due to increased thickness of the vessel wall. Binding of AGE to macrophage and monocyte receptors results in increased production of IL-1 and TNF-ɑ that enhances vulnerability to tissue destruction.

Abnormalities of the salivary gland

“Sialadenosis” is the non-neoplastic and non-inflammatory glandular enlargement as stated by Seifert. The acinar hypertrophy in the parotid gland has been associated with the accumulation of UDPG-pyrophosphorylase, an enzyme that produces components of salivary mucoproteins. The levels of this enzyme are seen to be raised in the hyperglycemic states. Xerostomia due to less of the stimulated parotid salivary flow, seen in poorly controlled diabetes mellitus is due to variations present in the basement membrane. Also, polyuria, polydipsia resulting in dehydration and the oral hyperglycemic drugs leads to xerostomia, which in turn paves the way for the opportunistic infections like candidiasis, impaired taste perception and stomatopyrosis. Sialorrhoea followed by diabetic neuropathy has been reported successfully by some of the authors.

The diabetic patients are commonly seen affected with erosive lichen planus, oral fungal infections and recurrent apthous stomatitis. Immunological defects resulting from endocrinal dysfunction in diabetic population may lead to the development of lichen planus. The most common Grinspan syndrome is the triad of Diabetes Mellitus, Oral Lichen Planus and Hypertension. Lichenoid reactions are the result of use of NSAIDS, ACE inhibitors, chlorpropamide, oral hypoglycemic and antihypertensive drugs. According to Albrecht M et al, an increased prevalence of oral leukoplakia has been found in the diabetics. Type-1 Diabetes Mellitus is frequently been associated with median rhomboid glossitis, angular cheilitis, diffuse atrophy of tongue papillae and denture stomatitis, which in turn is often associated with the severe burning sensation. Mucormycosis is found to be present in the poorly controlled diabetic cases. Type-1 diabetes leads to an increased incidence of alterations in the oral cavity which is associated with the development of fissured tongue. In addition to this, oral traumatic ulcers and irritation fibromas have been frequently reported in patients suffering from Type-1 Diabetes Mellitus. The possible risk involved for such incidences are various including excessive consumption of alcohol, smoking, denture wear, neuropathy and slower wound healing time.

Dysesthesia is the burning sensation of the oral mucosa in the absence of clinically apparent mucosal alterations, as per described by the patient. BMS is attributed to the peripheral neuropathies and is common in women suffering from Type-1 Diabetes Mellitus.

The increased incidence of dry socket and osteomyelitis in the diabetics is attributed to compromised neutrophil adherence, chemotaxis, phagocytosis, bactericidal activity and cell-mediated immunity. According to Ueta E et al, there is statistically significant elevation of C-reactive protein levels in odontogenic bacterial infections in the diabetics. Suppression of neutrophil superoxide production by C-reactive protein derived degradation products may be ascribed to an increased severity of inflammatory changes and odontogenic infections. Fascial space infections and recurrent periodontal abscesses are characteristic of diabetics.

Prompt recognition of diabetes-related complications is vital. The record of medical history of the patient and the assessment of glycemic control in the initial appointments is very essential. The visits of such patients should be scheduled for morning hours. The appointments should not coincide with the peak hours of glucose intolerance. Before furthering any treatment, the patient’s diet and the insulin dose should be ensured. Blood glucose has to be monitored before the beginning of any invasive dental procedure. The antibiotic prophylaxis has to be maintained in the cases of established infection or when HbA1C levels are high, i.e., more than 11-12%.

The protocols for managing the patient with hyper or hypoglycaemia under conscious or unconscious state should be properly followed in order to maintain the health of the patient.

Managing diabetes is more of an Art 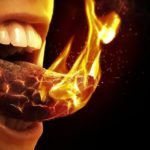 Is Your Mouth Being A Fire Escape????

dental considerations of a pregnant woman