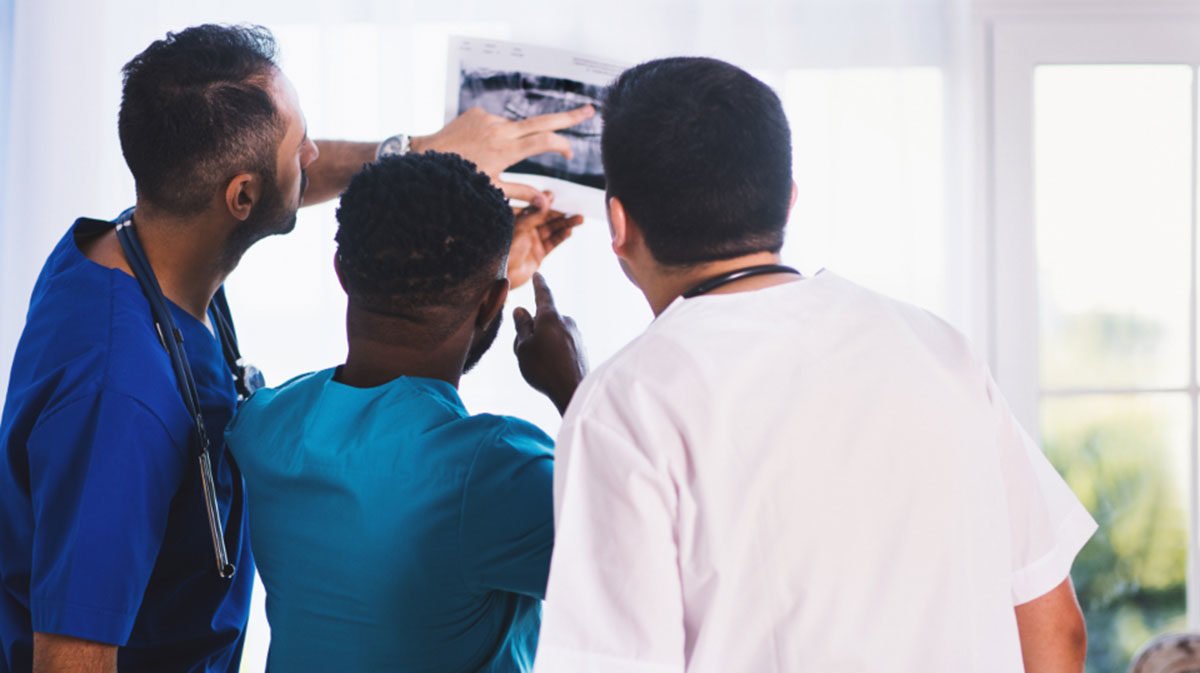 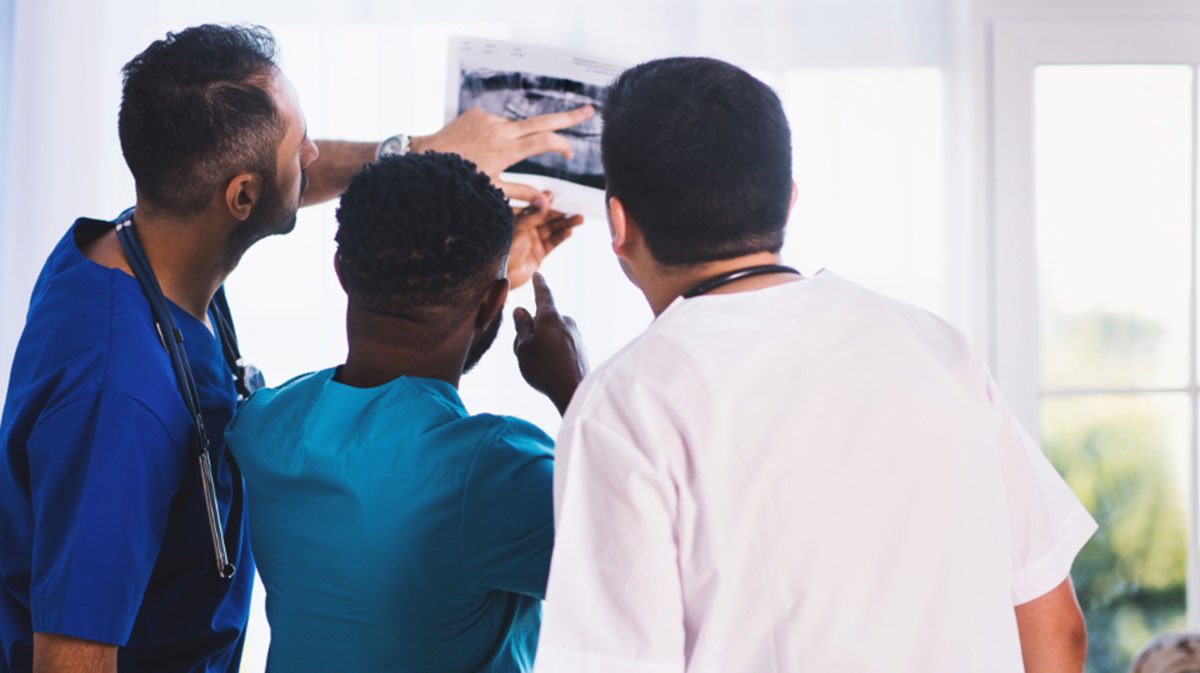 Ever since the discovery of X-rays in 1895 by Sir W.C. Roentgen, radiology has always been an evolving field. The first radiograph, in the history of mankind was of the hand of Roentgen’s wife, Bertha Roentgen. A pioneer of diagnostic imaging, humanity will always owes honour and gratitude towards Sir Roentgen.

Medical imaging creates visual representations of the interior of the body for clinical evaluation and medical intervention. The medical practitioner interpreting the images is popularly known as “radiologist” or “radiodiagnostician”. General radiology and radiodiagnosticians have always played an important role in diagnosing and treatment of the disease. Many of the clinical mysteries had been solved by the diagnostic imaging, history says it all. The non-invasive modalities used are from the conventional x-ray machine to CT-Scan, MRI, medical ultrasonography, to more advanced modalities. Non-invasive, because no instrument is introduced in the patient’s body.

The use of radiology in oral and maxillofacial region was establishedonly after Dr O.Walkhoff took first dental radiograph of himself on an ordinary photographic glass plate, wrapped in rubber dam. The first dental roentgenologic laboratory was established by Otto Walkhoff and Fritz Giesel in 1896. William J Morton, who made first recorded dental radiograph in United States in April, 1896 asserted that “painless dentistry is within your grasp by aid of electricity and simple anaesthetics, and the X-ray now rivals your exploring mirror, your probe, your delicate sense of touch, and your keenest power of hypothetical diagnosis ”. Accordingly, Dr C Edmund Kells took first dental radiograph of his patient in the year 1880.

Despite of all these accomplishments, it took 85 years since the discovery of “Roentgen rays” and the oral and maxillofacial radiology to be recognized as a speciality by American Dental Association (ADA). It was only in 1921 that dental professional started recognizing the importance of the speciality in acquisition and interpretation of the radiographs. On October 13, 1999 all the hard word had paid off when Oral and maxillofacial Radiology was recognized as the 9th speciality of dentistry by ADA. In India, Bombay University had initiated a two year Master’s Degree in the year 1959 which was changed to MDS course in Oral Medicine, diagnosis and radiology (OMDR) in the year 1970 after Government Dental College, Bangalore introduced the Master’s Course in the subject. As in India, the lack of awareness is the root cause of many diseases, OMDR specialists act as a saviour of many lives.

Dental radiographs have an invaluable role in diagnosis of various oral diseases like dental caries, periodontal lesions and cysts and tumors of oral and maxillofacial region. The “traditional” dental radiography includes diagnostic images being exposed on the conventional X-ray films. These include periapical, bitewing, occlusal radiographs among the intraoral while a few of the extraoral radiographs include panoramic, lateral cephalographs etc.

For any general dentist, intraoral radiographic examination is the backbone of diagnoses and treatment planning. The intraoral periapical radiographs shows the tooth and the surrounding structures. It helps to locate apical infection/ inflammation, apical cyst or any tumor, assessing the periodontal status, assessment of tooth and alveolar bone after trauma, root morphology before extraction and also in the assessment of the position and prognosis of implants. The bitewing radiographs shows crowns of both maxillary and mandibular teeth on a single radiograph. Such radiographs are useful in the detection of interproximal caries and their progression, detection of secondary caries below restorations, evaluation of the alveolar bone crest and changes in bone height and also for detecting the calculus deposited in the interproximal areas. The occlusal radiographs images the incisal and occlusal surfaces with the cross-section of the dental arches on a single film receptor. These radiographs helps to locate supernumerary, impacted or unerupted tooth, retained roots of extracted teeth, any foreign body in the maxilla or mandible, salivary stone in the duct of the submandibular salivary gland. Examining the fractures of maxillary and mandibular arches, cleft palate can be done with the help of occlusal radiographs. 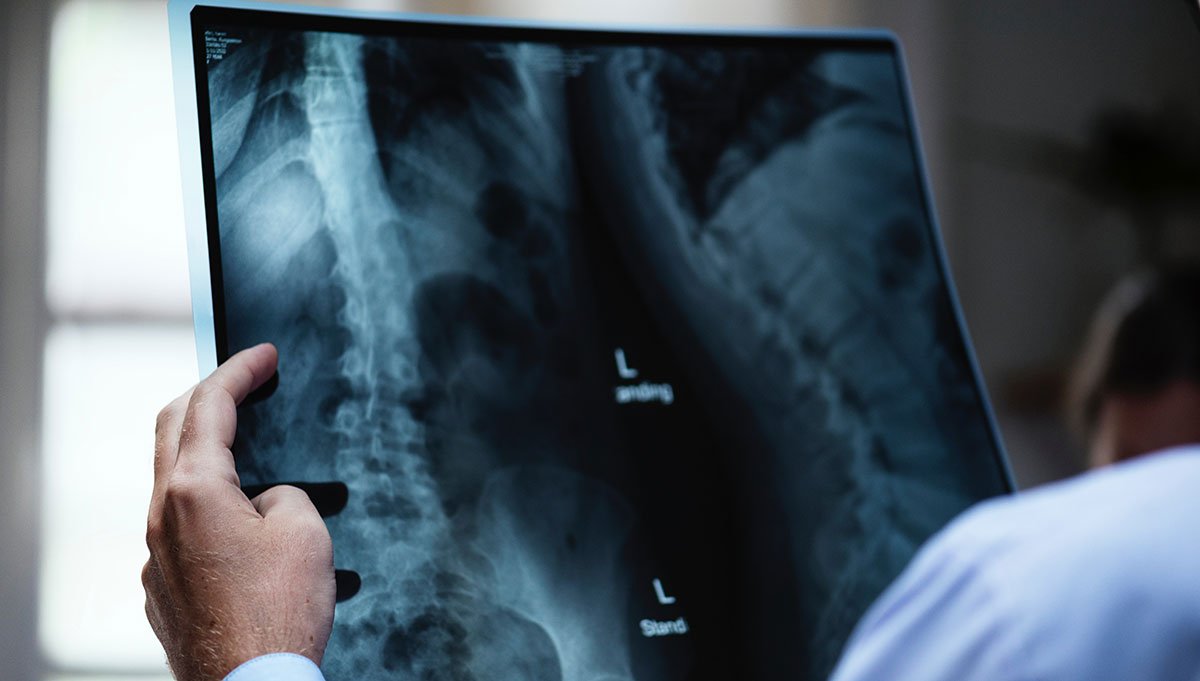 Panoramic radiography, also called by pantomography or rotational radiography, produces radiographs (pantomograms) of the maxillary and mandibular dental arches and their contiguous structures obtained on a single film. Orthopantomograms (OPGs) has made easier to visualize the areas of the Body of Mandible, Ramus, Temporomandibular joint, and the Maxillary sinus.

Apart from intraoral, there are also many extraoral radiographs imaging the disorders in the oral and maxillofacial region. They are indicated in cases of trismus (limited mouth opening), examining the extent of large lesions, evaluation of the skeletal growth and development, position of the impacted tooth, temporomandibular joint area and the trauma to the bone.

With the increasing digitization in every field, dental radiology is not untouched. In dental radiography, dawn of digital era was seen only in 1987, after the first digital radiography system called as RadioVisioGraphy (RVG), invented by Dr. Francis Mouyen, was launched in Europe by the French company Trophy Radiologie. The most valued advantage is Superior gray-scale resolution of 256 colours of gray in comparison with 16-25 shades of gray on a conventional film. Nowadays, systems are available to image digital radiographs for every view of oral and maxillofacial region.

Recent advances in digital radiography, however are expected to close the gap. From the conventional 2-D radiography to 3-D radiography, oral and maxillofacial radiology had seen an era of change and limited the dilemma of diagnosing the more typical lesion. Computed tomography (CT Scan), Magnetic Resonance Imaging (MRI), Ultrasonography have opened up new opportunities for Oral and Maxillofacial Radiologists to interpret the lesions more precisely. Nuclear medicine including PET scan, Gamma Camera and others is like a magic in the field of dental radiology investigating the tumor staging, extent of bone metastases, evaluating the salivary gland functions etc. Cone Beam Computed Tomography (CBCT) is a boon to the dental practitioners locating precisely the extent of the lesion, assessing and planning of the surgical implants, and in other treatments of dentistry.

“Now we see through a glass darkly”– J.Corinthians. One of the fastest growing areas of maxillofacial imaging is Interventional maxillofacial radiology, considered as an offspring of the general radiology, are used to perform the procedures that previously required an open surgical approach. A competent Oral and Maxillofacial Radiologist can do wonders in improving the diagnoses and treatment of the oral and maxillofacial diseases. The oral and maxillofacial radiologists defined their scope of practice by stating that they are “Knowledgeable about the pathological basis of disease and clinical and radiological correlation of disease”. Still, long way to go………………… 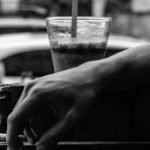 Tobacco- a journey from unknown to modish 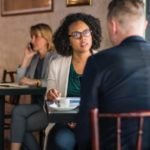 Know more about your breath